The emergency department (ED) of Holby City Hospital is an accident and emergency ward encompassing several resuscitation sections, triage, cubicles, a walk-in centre and multiple executive conference rooms. The ED was built alongside the rest of the hospital in, or prior to, the early 1970s. It has been remodelled since its initial construction several times.

The current Clinical Lead in the emergency department is Connie Beauchamp who reports directly to the hospital's chief executive officer. Responsible for the ED and walk-in centre, the Clinical Lead was a position established by the hospital's senior management team in 2002.

In 2018, a new trauma theatre was opened for the ED for patients needing emergency life-saving surgery.

There was an explosion in 1993 (Series 7) which destroyed the entrance and the ground floor, resulting in a complete redesign and re-layout of the affected areas. In Series 14 the new resuscitation room was being built in the ED with it being first used in Episode 10 of the series. In 2002, a car crashed into the entrance and destroyed the exterior, which resulted in minor repairs. The next major renovation of the department came in December 2011 when a fire broke out, which resulted in the destruction of the majority of the building. (CAS: "Next of Kin - Part Two") It was officially opened around a month later following extensive building work and repairs. The remodelling encompassed new CT scanning rooms and a peace garden outside.

The ED was renovated over the Christmas period of 2013, but this primarily consisted of minor remodelling of the reception area. Resus was also moved with this refurbishment, as well as a new layout of various other areas being introduced. (CAS: "Between the Cracks") Towards the end of 2015, building work took place to replace the peace garden with a paved area. Since then, it's been used for small food and drink carts.

On the day of Charlie's 30th-anniversary celebrations, a helicopter crashed into the entrance of the building and destroyed part of reception as well as the exterior of the ED. The walk-in centre was under refurbishment and was also damaged in the crash. (CAS: "Too Old for This Shift") However, by March 2017, construction on the new entrance had been completed and was fully functional. (CAS: "The Good Samaritan")

The ED is located at the back of the hospital next to the fracture clinic and opposite the daycare unit. The entrance to the department is round the back, along with the ambulance bay. Upon entering the ED, the reception area is adjacent to the entrance; resus is located directly behind. Further into the department on the left are triage, Dylan's office, the staff room, the CT scanner and some cubicles. Adjacent to Dylan's office is admin. Directly to the right after entering the ED are the toilets, coffee shop and relatives room. Also, in reception are the stairs leading to the first floor.

On the first floor, the meeting rooms are located directly to the right. Going down the corridor, there is Ethan and Will's office, the on-call room and the first-floor pharmacy. There's also a lift which connects to the ground floor and also an open floor giving a direct view of the corridor below. 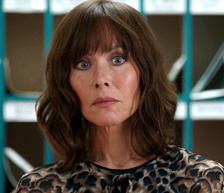 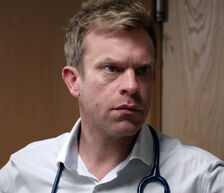 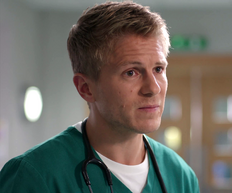 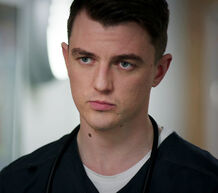 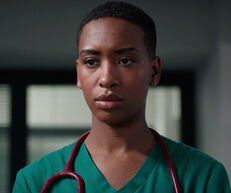 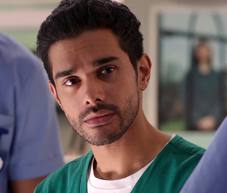 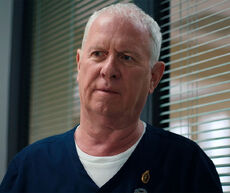 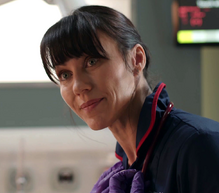 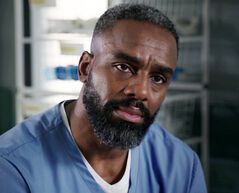 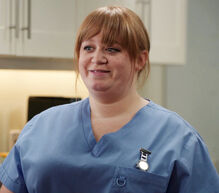 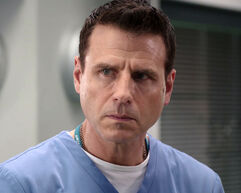 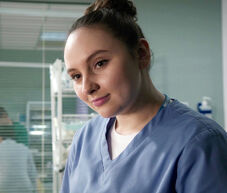 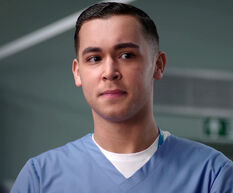 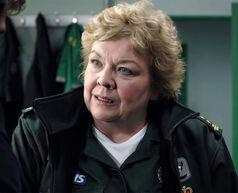 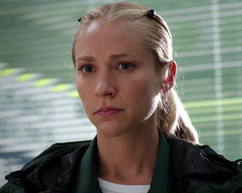 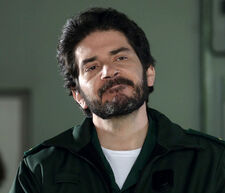 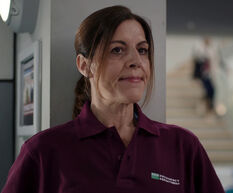 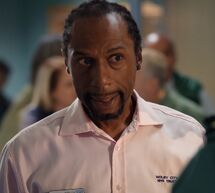 Retrieved from "https://holby.fandom.com/wiki/Emergency_department?oldid=87291"
Community content is available under CC-BY-SA unless otherwise noted.