Episode 1057 of Casualty is the ninth episode of the show's 32nd series. The episode was directed by Carolina Giametta and written by Sarah Beeson.

Louise enters Dylan's houseboat and finds Sanosi. At work, the pair repeatedly argue, drawing Connie's attention. Shortly after, a woman from social services arrives and questions him. When Connie finds Dylan, Louise and David fighting in cubicles, she demands to know what's going on. When she discovers that Dylan has been buying computer games, she digs up his patient notes from the day Sanosi was admitted to the hospital. Later, Dylan asks David to lie to social services, but he refuses. Louise eavesdrops on Connie and David's conversation and takes Sanosi off Dylan's hands when Connie decides to pay him a visit.

Elsewhere, Lily is offered the position on the research project but is reluctant to accept it. She decides to spend the day observing Iain and Sam on the road. Tensions begin to run high when Sam confronts Lily when they begins instructing them through patient treatment but they soon learn to cooperate. After her confidence in her relationship with Iain is restored, she turns down the research post. However, after she and Sam fight again, and she tells him that she doesn't trust him working with Sam, Iain breaks up with her. In tears, she tells Archie Grayling that she accepts the research post, only to learn that it is based in Hong Kong.

Max meets Tara Jewkes again after her boyfriend William is admitted to the ED. When he breaks up with her, claiming that she was only his fetish, Max tells her about Zoe and tells her that she should fight for what she loves, no matter how hard. William apologises to her and admits that he is HIV positive. After seeing the couple reconcile, Max contemplates contacting Zoe. Meanwhile, Elle begins to feel self-conscious and worries about how Marty will see her as their relationship progresses; Alicia offers her some friendly reassurance. 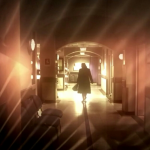 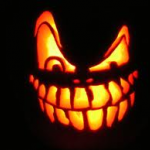