Paramedics are the qualified personnel that are dispatched to emergency situations in order to provide primary care and take the injured person(s) to the hospital.

In the Holby Ambulance Service, Kathleen "Dixie" Dixon was the Operational Duty Manager until 2016, with Iain Dean working as a regular paramedic. Jeff Collier worked as a paramedic for Holby from 2007 until his death in 2014. Tamzin Bayle also worked as a paramedic for Holby but left in 2014 as a result of Jeff's death. Dixie left the service in January 2016 to go and live in Cornwall, leaving Iain on his own. However, a replacement arrived in March, Jez Andrews, who had only qualified the previous month. Jez left the service in August 2017. In September 2017, Sam Nicholls made a return to Holby as a paramedic. In May 2018, Jan Jenning became the new Operational Duty Manager for Holby Ambulance Service after the post has been vacant for 2 years after Dixie's departure. In July 2018, Ruby Spark will become a new Paramedic for the Holby Ambulance Service. On 11 August 2018, Paramedic Sam Nicholls died after a shrapnel wound to her abdomen. 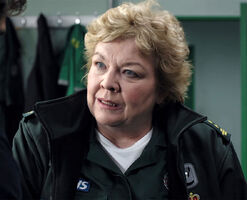 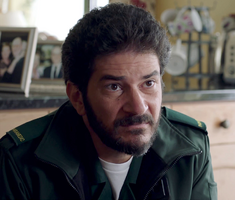 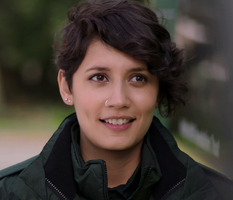 Fenisha Khatri
Paramedic
Add a photo to this gallery
Retrieved from "https://holby.fandom.com/wiki/Paramedic?oldid=101060"
Community content is available under CC-BY-SA unless otherwise noted.