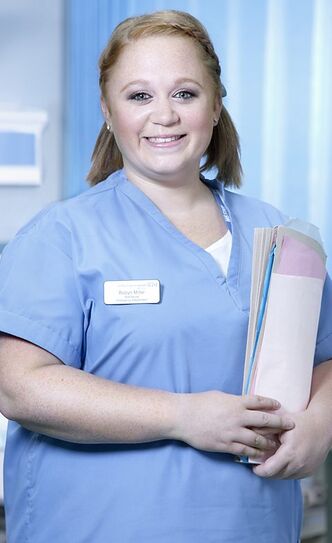 Robyn grew up knowing that she wanted to be a nurse. She's the oldest of four siblings and also volunteered to care for her beloved Nan as a teenager. People have always told Robyn that she's a 'born nurse'.

As far as the "care" part of the job goes she's one of the best but she does worry about the academic side of the job – maths, chemistry and biology have never been her best subjects!

Robyn is determinedly positive and extremely chatty. She makes friends easily and is able to charm patients and get them on side with her down to earth talkative charm. However, this can sometimes be her downfall as she loves a good gossip but isn't the best at keeping secrets!